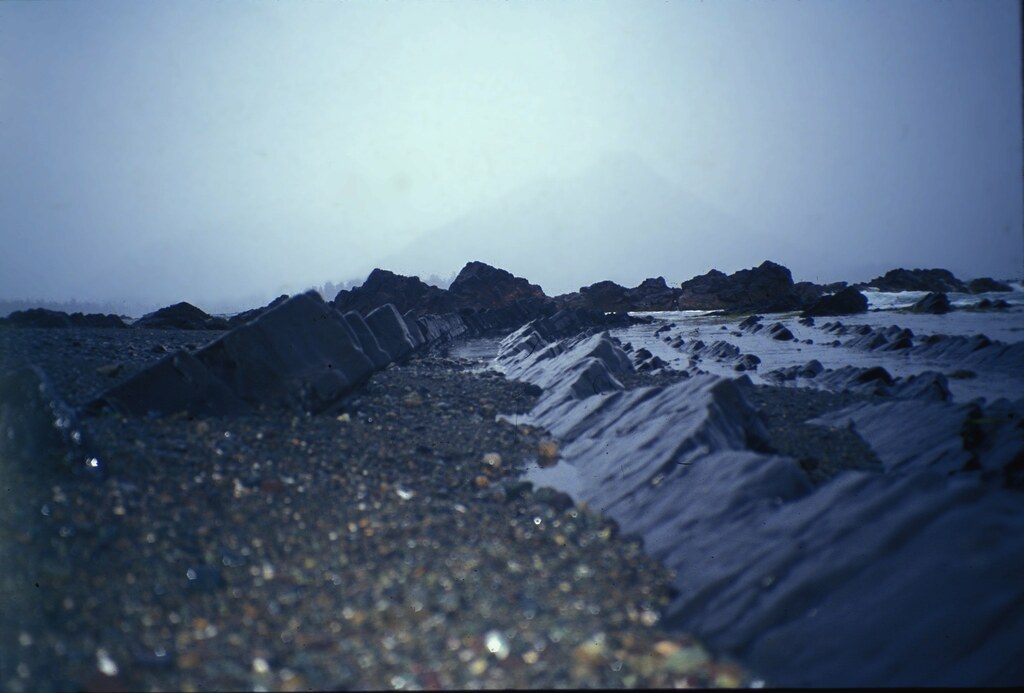 Model selections techniques have the potential to wreck inferential statistics.

My friend brought up an interesting practice at her work: Model builders were using step-wise AIC to select a linear model specification. There are dozens of possible variables, and there is little interest in trying to select a reasonable model based on subject matter expertise. After the best model is found using step-wise selection, \(p\)-values are further called in to pare down the model: predictors with large \(p\)-values get tossed out.

The second quip is something that doesn’t get reported enough in the stats literature, and it’s not unique to step-wise methods. Any sort of data-driven model selection is going to mess up the \(p\)-values (and the confidence intervals, and the prediction intervals, and probably some other stuff too.)

In a nutshell, by optimizing for AIC, we are minimizing the \(p\)-values, because among some classes of models, small AIC is “correlated”1 with a small set of small \(p\)-values.

I don’t mean to pick on step-wise regression in this note, it’s just one example of how modern data-mining techniques generally ruin the replicability of results. Inference after data-mining is double dipping the data: We first use the data to calculate the model that best fits the data, then we ask the model if it has found anything note worthy. But when we ask the model if it found anything good, we can forget that we already gave it the best chance to find something through data dredging!

When we do the second step (inference), virtually all statistical software forgets that we had the first (model selection) and happily reports back the \(p\)-values assuming that the final model was the first model we tested!2

Here is a small simulation to demonstrate the problem:

To start, we use 6 uncorrelated and continuous covariates.

Now for the simulation. The basic idea is commented in the code. We’re going to keep the design matrix \(X\) constant, but in each of the \(2000\) replications, we generate a new \(y\). The true model is that none of the predictors have any effect on the outcome. That part is critical – no effect means the \(p\)-values from the true model should be uniform. At the end of the simulation, we tabulate the \(p\)-values for all the predictors into one data.frame, appending the source of the \(p\)-values, whether from a true model or from an AIC-selected model.

Now here is the real outcome: we graph the \(p\)-value distributions for all the main effects. 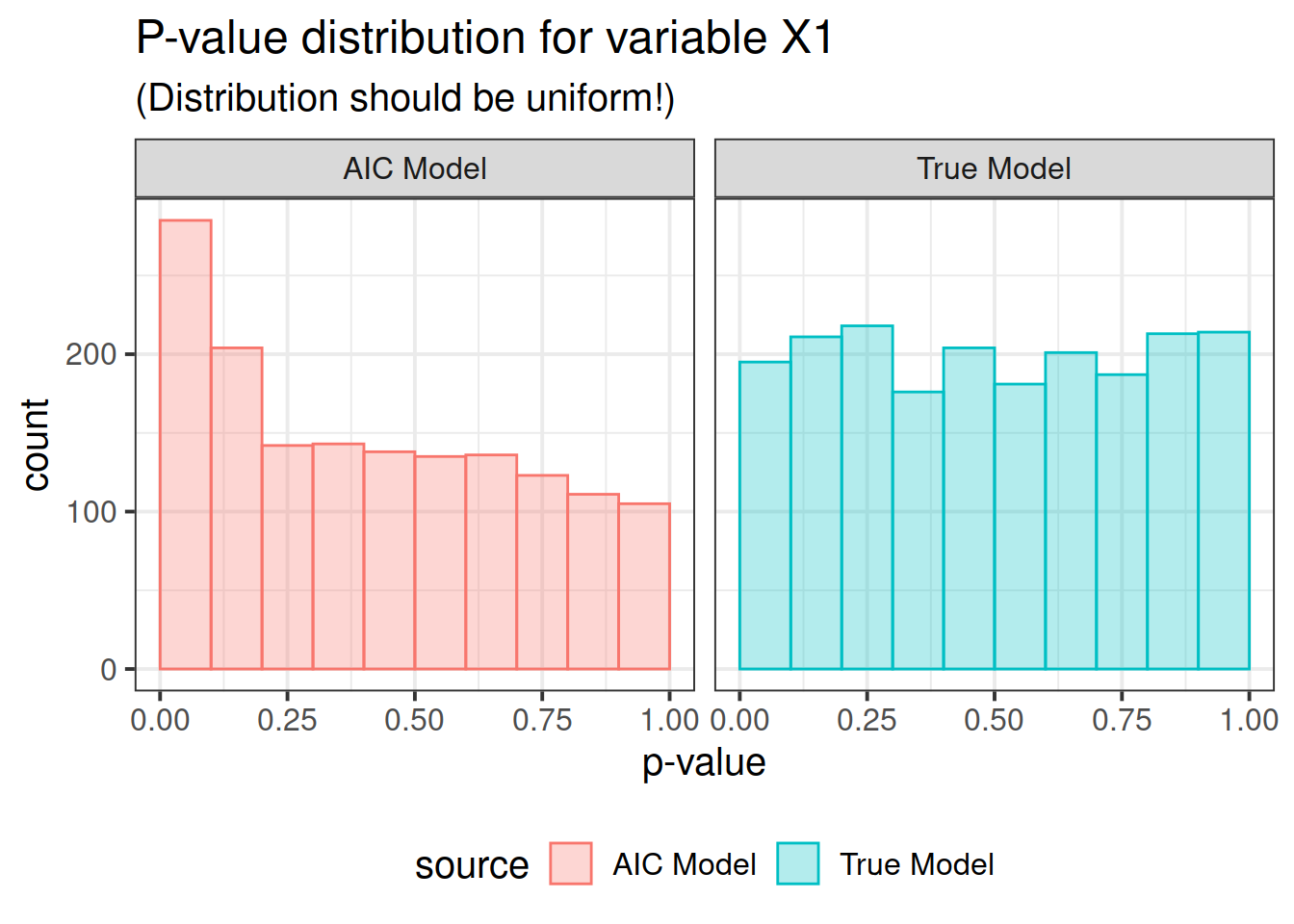 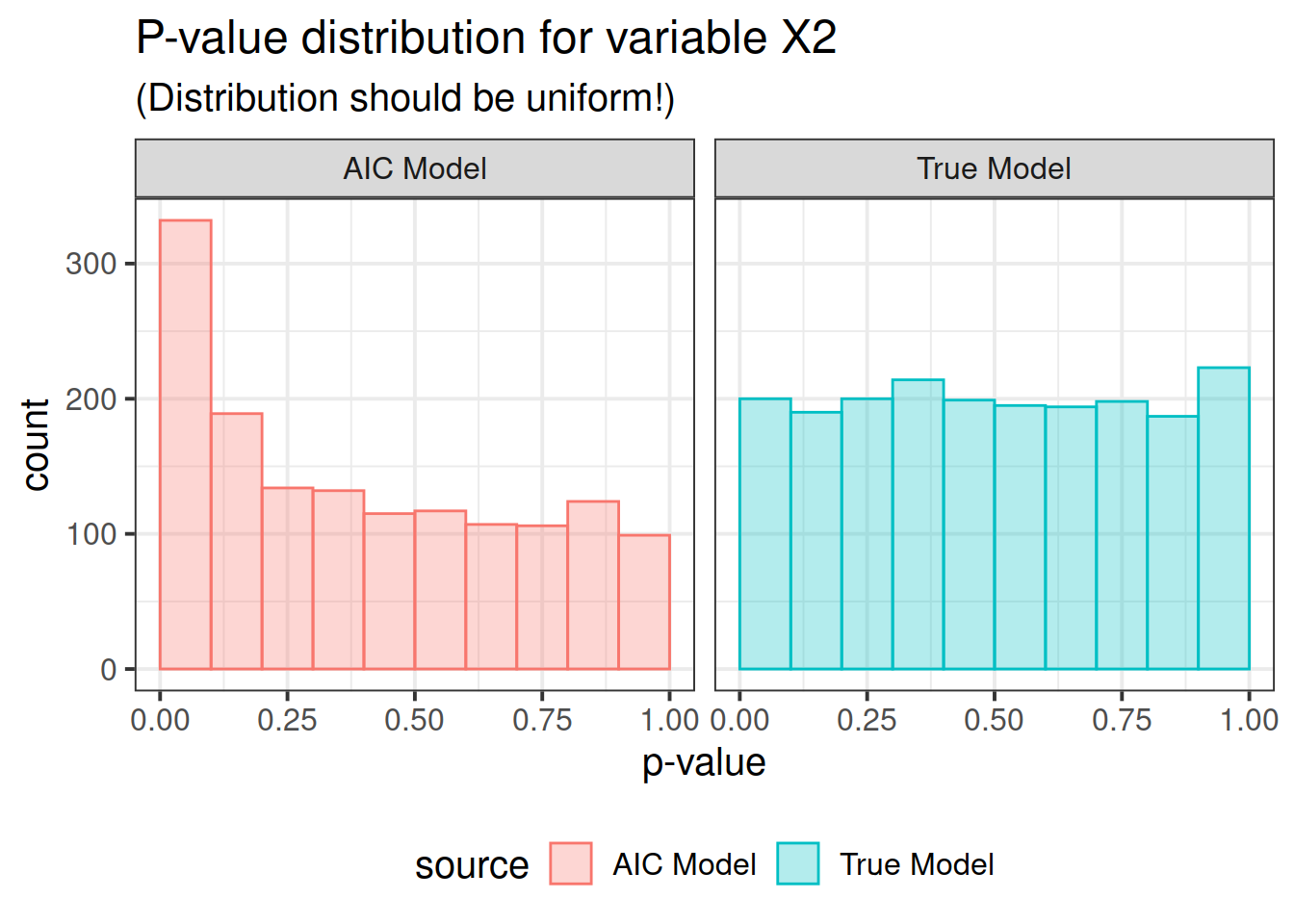 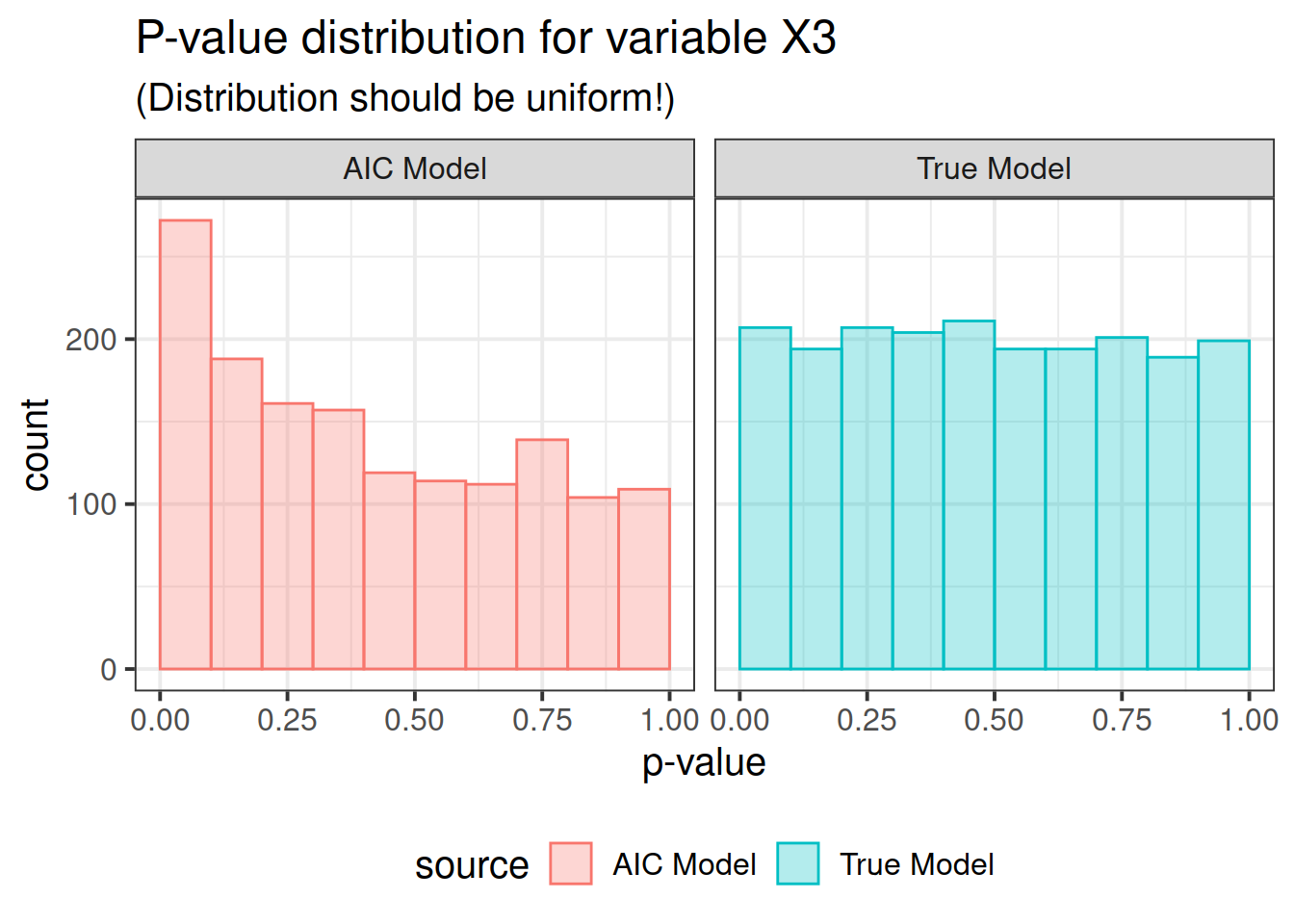 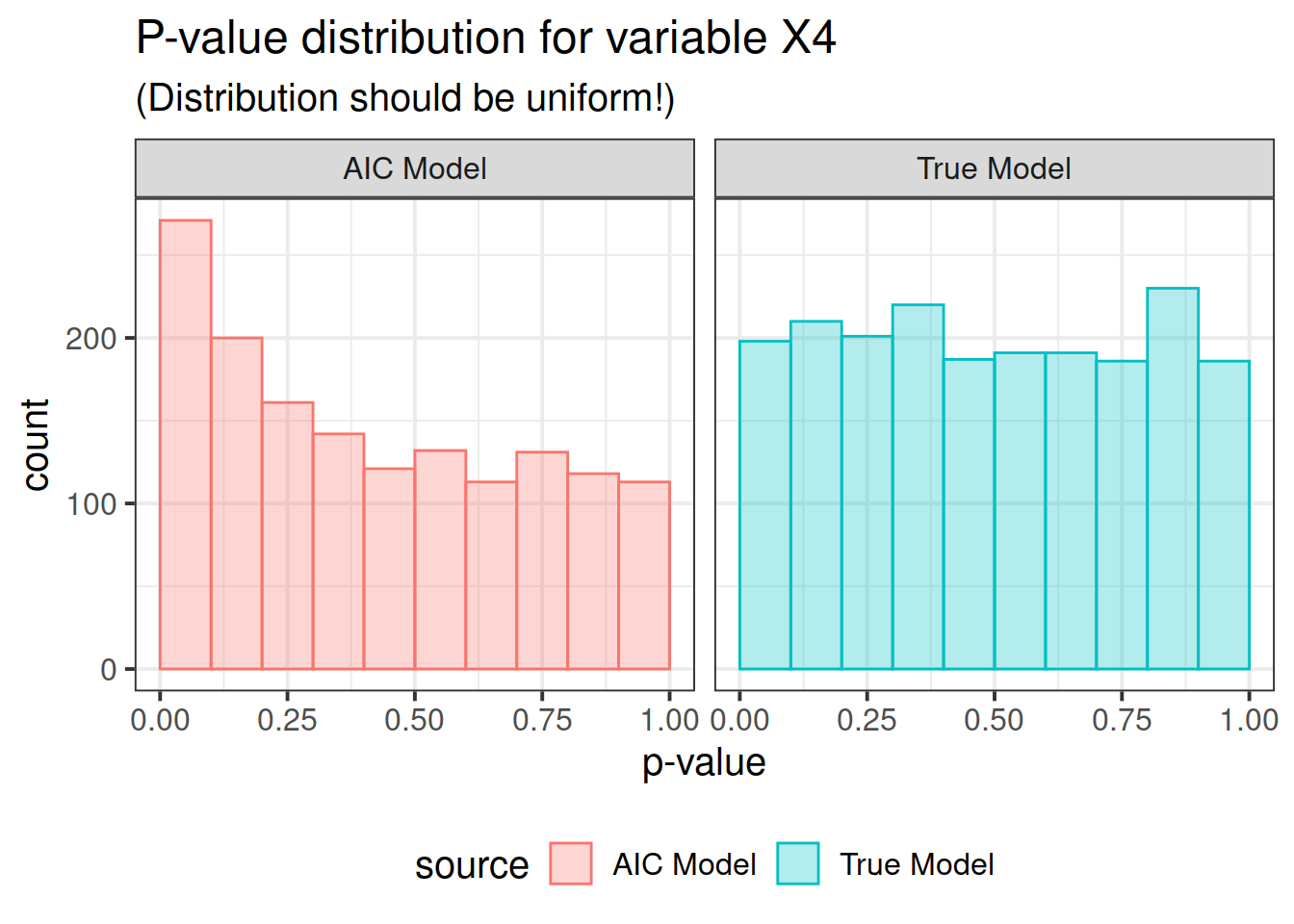 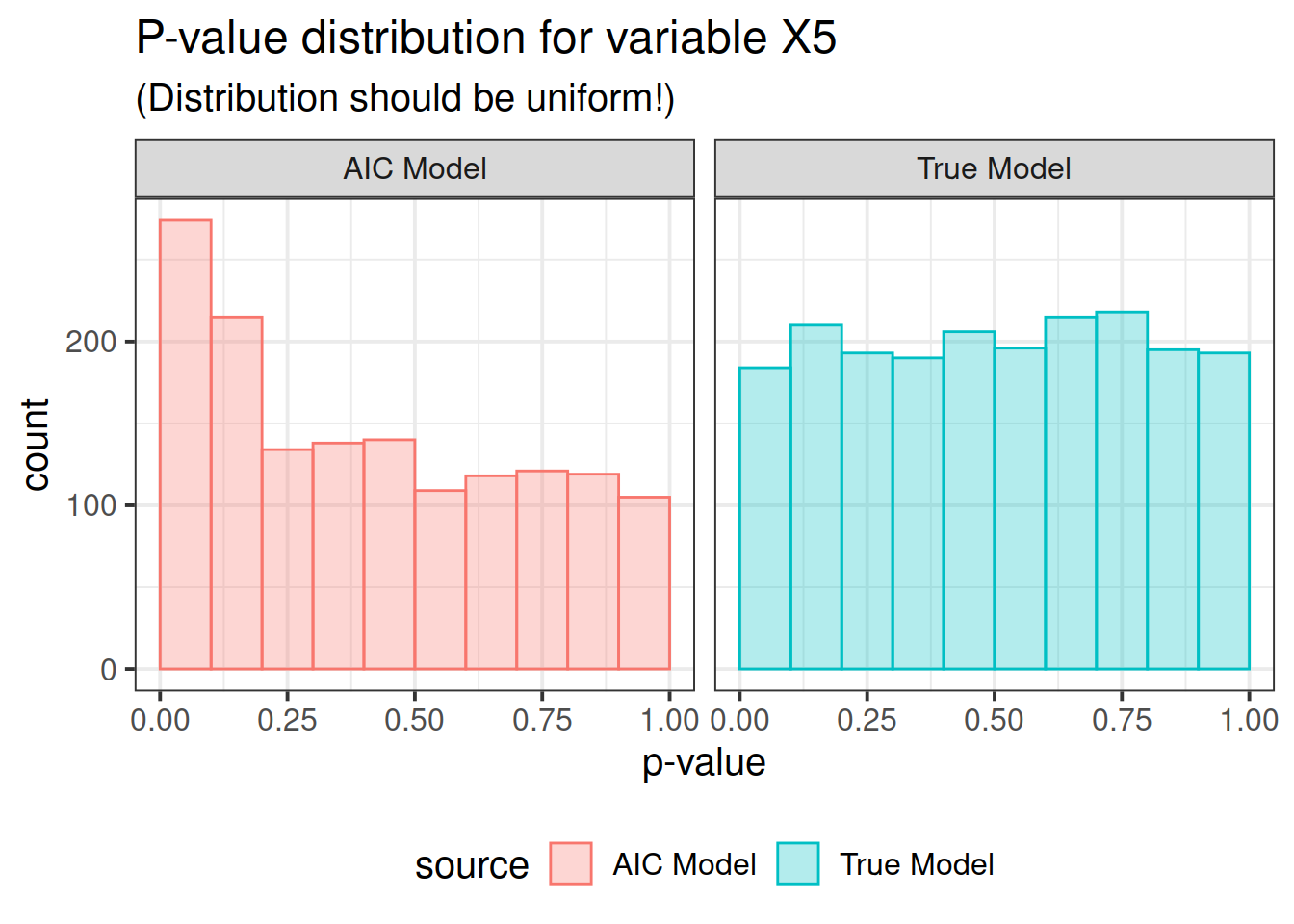 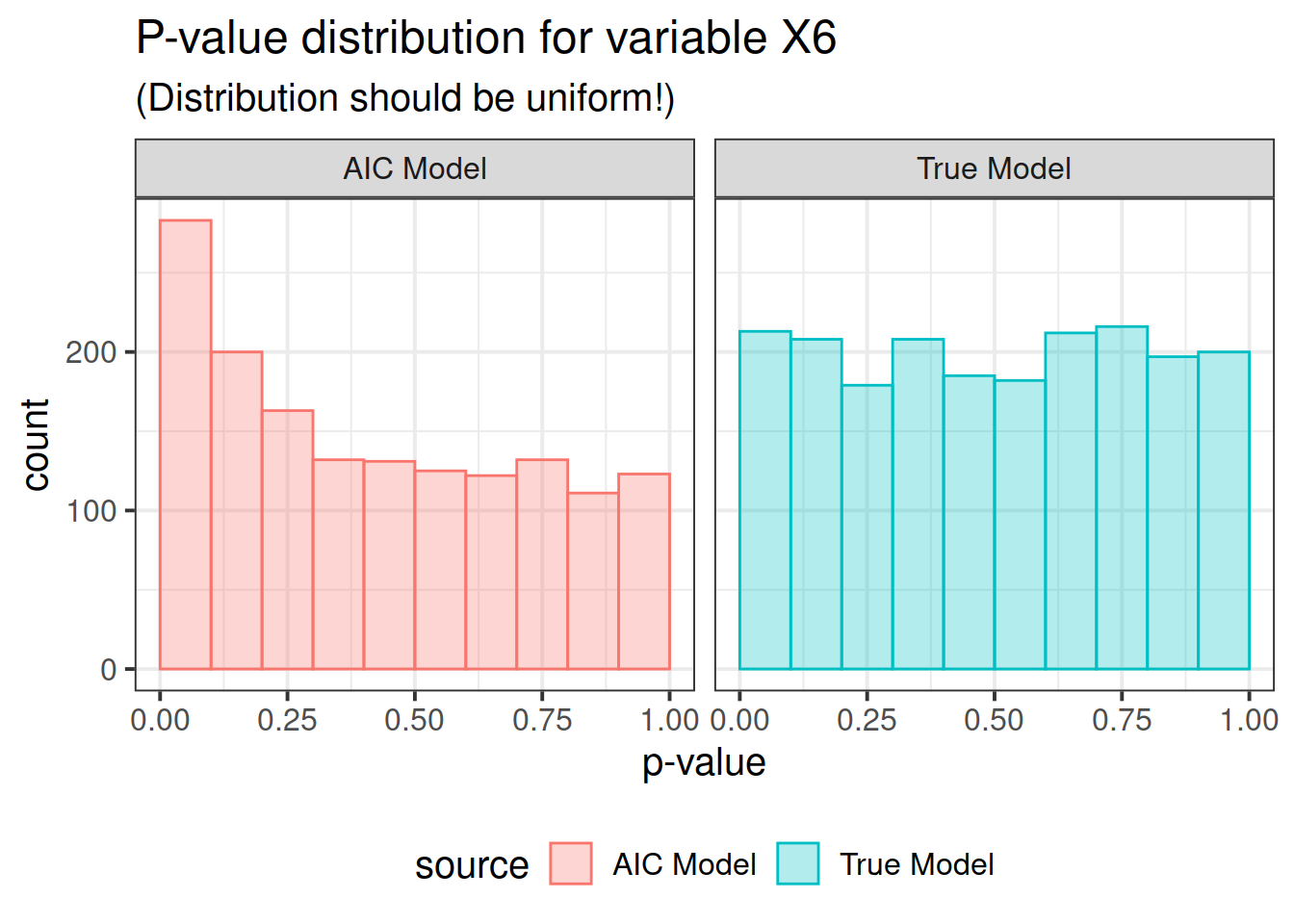 So there you have it folks. If you use data driven model selection strategies, don’t take those \(p\)-values too seriously!