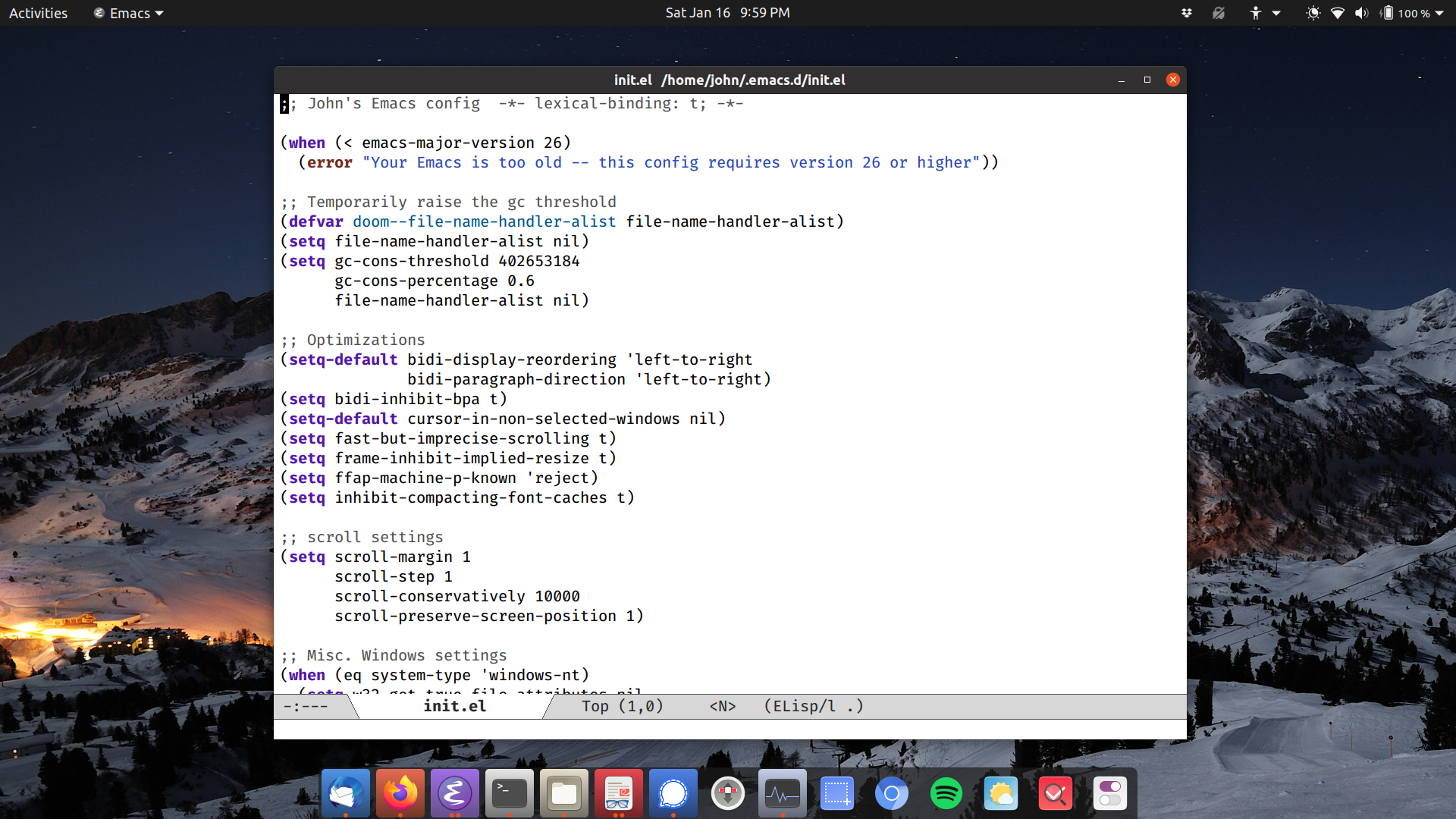 Well, some minor changes. I’m still sticking with Ubuntu, and I’m still mostly using Emacs, and some ‘helper’ programs, displayed in the taskbar.

Emacs is very different in 2021. I switched to GccEmacs a few days ago, which is lightning fast compared to the regular Emacs 26 in the Ubuntu LTS repository. I’m using the excellent Modus themes to keep it looking nice. Fira Code font, and the moody modeline really make Emacs look pleasant and minimal.

Most of the important Emacs interface code is:

Some other code sets up the fonts and hides all the minor modes from the modeline.

Here is how things look when the dark theme is turned on: 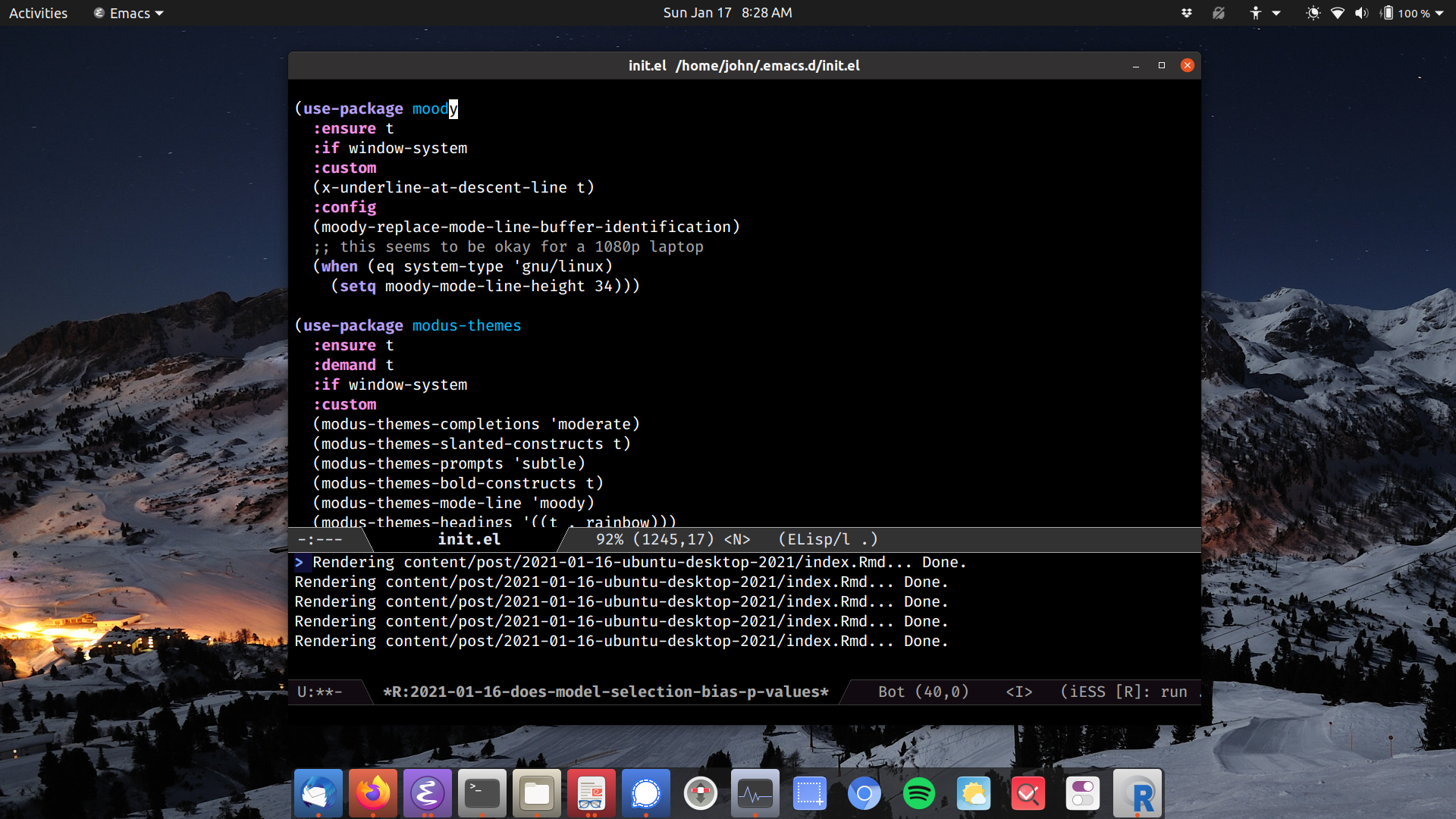 The first Ubuntu distribution I tried was version 6.10. Now Ubuntu is on version 20.10, so I’ve been a user for about 15 years! I think it provides a very nicely customized version of Gnome, including a taskbar, window controls, and a task panel. It’s modern looking, pretty fast, stays out of my way, and mostly works the way I expect it to. Most importantly, it doesn’t require much configuration compared to other Linux versions, and the font rendering looks good out of the box.

I tweak the panel to be on the bottom, and I added some highlights, so I can better see which applications are open, but I mostly run a stock Ubuntu experience, which is what I want from an OS.^[I’ve tried tiling window managers in the past, but I don’t see much advantage over Gnome these days.]

Some Linux things that seem to work well:

Some Linux things that don’t work well / I don’t like:

The list of cons is enough for me to keep my Windows computer around for another year.